Where to sell meat Goats 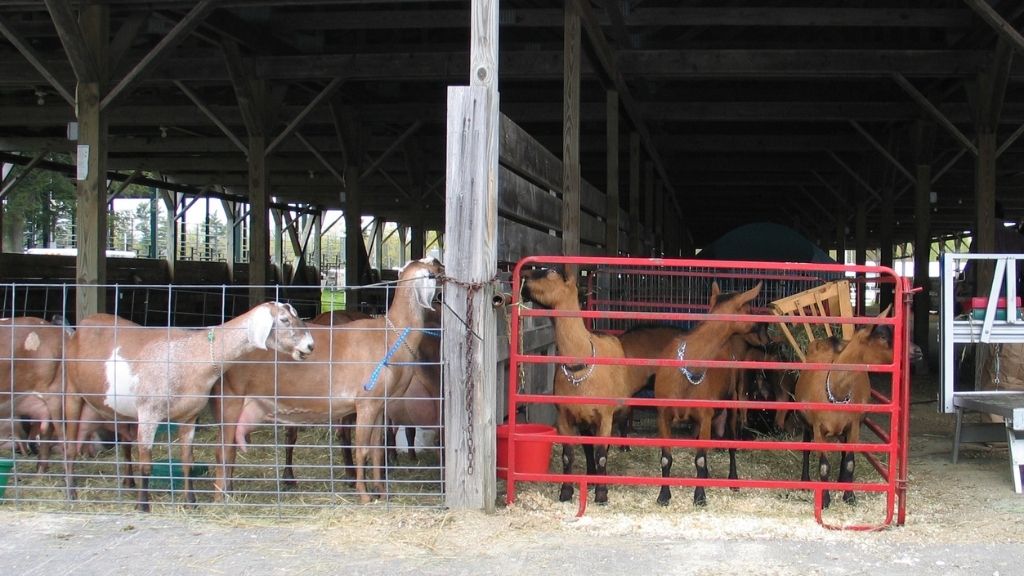 Goats are the fastest growing animal agriculture enterprise in the United States. There is a high demand for goat meat, commonly referred to as chevon or mutton. It is outpacing domestic farmers and is being imported to North America at a rate of over $220 million a year. This is a $220 million opportunity for the American farmer.

Currently goats raised for meat, or meat goats, can only be found in certain regions of the United States that coincide with a higher concentration of ethnic markets. For example, Texas has a high percentage of ethnic groups in the Houston and Austin areas. Other states with ethnic markets include Tennessee, Georgia, Kentucky, North Carolina, Florida, Alabama, Oklahoma, Missouri, and California. This means there are numerous opportunities in other markets for high quality meat goat producers.

Goat is not a commodity like beef or chicken. Instead, goat meat is typically purchased by ethnic buyers on special occasions and various religious holidays, much like traditional American families purchase turkey for Thanksgiving and Christmas. This is not to say that traditional Americans don’t eat goat meat, because they absolutely do.

Health Benefits of Goat Meat article by the same author

Since goat meat is not readily available in stores like Kroger and Walmart, farmers have a unique opportunity to fill the void. If you are considering becoming a meat goat producer, there are two very important factors to consider: 1) who buys goat meat and 2) when do they buy it.

WHO PURCHASES GOAT MEAT AND WHEN

The Hispanic and Latino population purchase goat meat in April for the Easter holiday and again in early May for Cinco de Mayo. They prefer to eat young milk-fed goats or young bucks. Additionally, Latinos are not against processing the animal themselves, therefore you may find an interest in buyers for live meat goats.

The Chinese population purchase their goats in the winter and for the Chinese New Year. According to Almanac.com, the Chinese new year is based on a lunar/solar calendar and begins anywhere between late January to mid-February.

The Jewish population purchase their goats for Jewish holidays, such as Passover, which can fall in March or April, and the end of Yom Kipper in early October. The Jewish community is less likely to buy from an individual producer and much more likely to make their purchase at the marketplace. However, you shouldn’t ignore this small opportunity for sales.

The Muslim and Somali population will occasionally purchase goat meat in early April for the start of Ramadan. This holiday lasts for approximately one month. Muslims fast during the day but can eat after dusk, and usually do so with friends and family. Also it is increasingly popular for Muslims to have goat or lamb to celebrate the birth of a child.

The most important Muslim holiday for meat goat producers is Eid ul-Adha that occurs in August. More goats and sheep are slaughtered for this Muslim holiday than any other holiday. Due to the rise in demand, meat goat prices, along with lamb will soar at this time of the year. Therefore, you should prepare to have plenty of inventory at this time of the year. Personally, I do not suggest price gouging if you want to keep a consistent clientele for those newborn baby parties and other Muslim holidays throughout the year.

OTHER CONSIDERATIONS WHEN RAISING MEAT GOATS

Culture and religious beliefs of your buyers will also need to be taken into consideration while raising meat goats. How the goats are raised and processed will make a difference and could cost you the sale. Also knowing your customer’s preferences in which parts of the animal they would be interested in buying could make you stand out among other producers.

For example, Muslims do not want a blemished animal and are less likely to make a purchase from you if you have crippled or sick livestock. They want only the best goats and are willing to pay a premium price. Muslims expect grass-fed goats and prefer a lean carcass in the 60-pound range. Often they will want to clean and process the animal themselves. Muslims also want organs and parts of the animal that you might find uncommon with most of your customers. They aren’t interested in the hide, but they often want the head, and almost always want the heart, stomach, intestine, kidneys, and liver.

It’s also important to note that Muslims have no desire for goats that are raised with or near pigs. Eating pork is against their religious teachings. This is because a pig is considered a carnivore, since it will eat dead animals if given the opportunity.. Muslims are forbidden to eat carnivores, so they’re very strict when it comes to pork.

The customs of the Jewish community are also important to consider when processing goat meat. The Jewish will want their goats to be kosher (prepared according to Jewish dietary laws). This means that they will not want their meat processed with any non-kosher meat (mammals without split hooves). For some Jews, they will want to slaughter and process the meat themselves in order to follow religious rituals.

THE MOST PROFITABLE GOATS

When selling goats, the price you get can vary based on age, color, and breed also plays a part in your success. A popular selling age of a goat is a four to six month old kid. Therefore, breeding timelines should be adjusted in order to provide young goats to buyers during peak holiday demand.

The color of the goat is also important to the buyer. Colored goats are often preferred, while solid white goats are less desirable. A dark head usually brings more money since the goat is presumed to be a Boer breeding goat.

Speaking of breeds, there are several different ones used for meat goat farming. Some of the common meat goat breeds are Boer, Spanish, Cabrito, Kiko, and Nubian.

Boer goats are considered the premier meat producing goat. At one time Spanish goats were revered as best, but have since fallen 2nd to Boer goats in the meat production category. However, Spanish goats are often still used for breeding to incorporate their hardiness with other breeds.

Cabrito goat is considered the veal of goat meat. Cabrito goat kids are harvested within the first week of birth.

Kiko goats do an excellent job of putting on weight in ideal conditions without the need for supplementing with grains or hay. They are a very hardy goat that is used for breeding meat and dairy goats to expand its hardiness into other breeds.

The Nubian goat, which is often seen as a pet, is an all-purpose goat useful for meat, milk production, and hide.

WHERE TO SELL MEAT GOATS

There are several different venues where you can sell goats. The most common place to buy or sell meat goats is the local livestock auction, also known as a sale barn. There is little to no effort for the buyer or seller when utilizing a sale barn, but the sale barn will charge a commission on the sales price which will be deducted from your profit. Buyers pay no commission fee for their purchase.

There are advantages and disadvantages that come with selling at public auctions.

Texas and Arkansas have two of the most productive livestock auction markets for goats and sheep. San Angelo, Texas and Salem, Arkansas are well-known for their weekly sales in meat goat farming.

You may find on-farm, or direct sales the most appealing. This type of sale is the best way to prevent shrinkage and stress in your livestock. Additionally, you will have complete control over the sales price of your meat goats and you eliminate sales commissions and consignment fees. Transportation costs are removed from the equation as well. The downside of selling from your farm is that you assume transactional risks and must do all of the marketing of the sale yourself.

Selling your goats directly, is not difficult at all and will typically yield you higher prices. I’ve found Craigslist to be the most effective way to sell meat goats directly to consumers. Creating a detailed ad is very important and helps prevent misunderstood expectations.

Your Craigslist ad needs to mention age, weight, color, breed, and sex of your goats.

SELLING ON YOUR FARM

You should also let the buyers know if they can or can’t harvest the animal on your farm. It is a common practice to charge extra for allowing the processing to take place on your farm. Someone has to clean up and dispose of the entrails and other parts of the animal that are not taken by the buyer. This service shouldn’t be free.

There needs to be a clear understanding of what is acceptable on your farm. Remember, your buyers are not farmers or they wouldn’t be coming to you. They do not know what you expect if you don’t tell them.

Set out trash cans and trash bags. A water source and water hose will be needed. They may not process the animal on your farm but they will most likely kill it and let it bleed out before taking it to their home for the processing.

Payment needs to be made up front, before any animal is killed. This prevents trying to undo something that can’t be undone. As long as you cover all aspects of the sale beforehand, you will rarely run into problems selling meat goats directly from your goat enterprise.

Remember, keep tabs on different ethnic holidays and be prepared to market your goats ahead of time. Do a little research on sale barns and consignment sales to maintain knowledge on seasonal price differences and the typical price pattern throughout the year so you know what holidays will pay you the high prices.

Following some of these tactics and avoiding miscommunication will not only lead you to successful and profitable meat goat sales, but you will develop a customer base that comes back holiday after holiday.

Was this article helpful?
YesNo